Northland Hip Hop Dance Incorporated (NHHD) is a not for profit registered charity, which was established in 2007 to provide opportunities, logistical and financial support to Northland youth and children who show excellence in Hip Hop Dance.

NHHD are committed to providing our Northland youth opportunities through the medium of dance.

NHHD trains out of the Hardcore Dance Company studio. 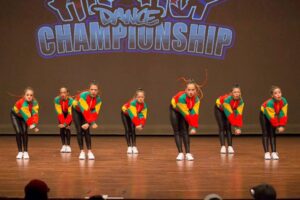 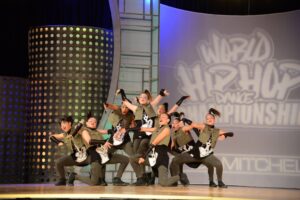 Kani Krew was formed in 2007 as a mixed junior crew. In the latter half of 2007, the crew membership changed to a junior female crew and the male dancers formed Encore dance crew.

Kani Krew is one of New Zealand’s most recognised Hip Hop Dance ‘brands’ and consistently perform at the highest level. Young people who show excellence in hip hop dance are invited to audition for Kani Krew.

As listed below Kani Krew has many achievements including they were the subject of an hour long documentary which aired on Maori Television in 2008 and had repeat screenings in 2009 and 2010. They were chosen as “Northland – Maori Sports Team of the Year 2009.”

The performers are currently aged between 12-16 years and are made up of female members. Kani Krew frequently perform before large crowds at competitions, charity events, school gala, promotions and the like.
In June 2010, Kani Krew competed in the NZ “FISAF” Championships. This was the first time “Northland Hip Hop” had sent a team to compete at a FISAF sanctioned event. Kani Krew finished 2nd in the Junior Division (aged 13-16) and were invited by FISAF to represent New Zealand at the FISAF World Championships to be held in Eindhoven in October 2010.